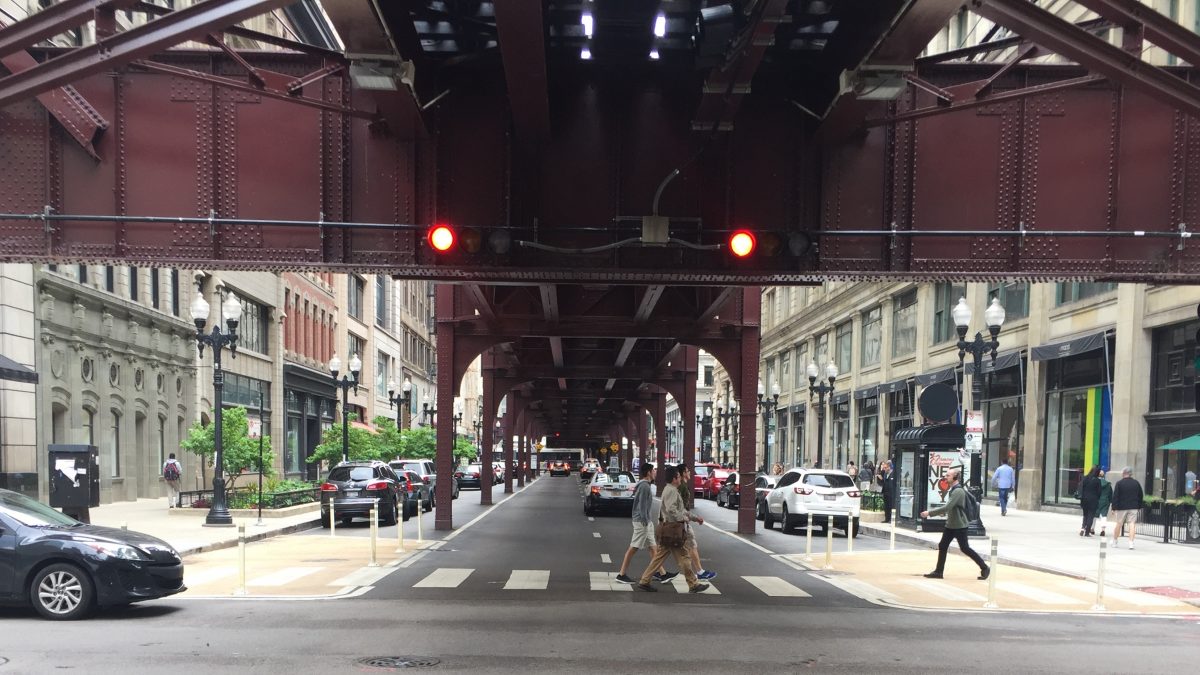 One year since the launch of the City of Chicago’s Vision Zero Action Plan, the Chicago Department of Transportation (CDOT) announced it is stepping up its efforts to improve the safety of all users of Chicago’s streets through a series of innovative data sharing initiatives that will allow the City to more accurately identify crash-prone locations and share crash data with the public. CDOT announced it has entered a data partnership with Arity, a subsidiary of The Allstate Corporation. At the same time, CDOT is launching a project to develop predictive crash technology, and the City is increasing transparency through its Open Data Portal by making crash data directly available to the public within days after a crash.

The Vision Zero Chicago Action Plan, a data-driven, coordinated effort involving a dozen City departments that was launched by Mayor Rahm Emanuel in June 2017, set out a blueprint that will move Chicago toward the ultimate goal of eliminating deaths and serious injuries from traffic crashes by 2026. Vision Zero is based on an international movement that addresses traffic safety as a public health challenge.

“We know our goal is ambitious, but we must do everything within our power to avert these terrible tragedies that occur every day on our streets,” CDOT Commissioner Rebekah Scheinfeld said. “These new data sharing initiatives will support more detailed analysis of driver behavior and help us prioritize resources as we work toward our goal of making Chicago’s streets safer for everyone who uses them.”

Arity is a connected car technology company founded by The Allstate Corporation in 2016 that  collects nearly one billion miles of driving and connected car data per month from more than one million mobile phone and in-car devices. Arity has a unique, user centric view of a city’s mobility patterns and ability to identify driving behaviors that carry the most risk and cause severe traffic incidents.

Leveraging Arity’s data and technology, CDOT will be building a foundation of insights and predictive analytics to better understand the risk factors of specific segments of roadways and intersections across Chicago. The partnership will help the City identify the risk factors on specific roadways and help determine where to best prioritize and focus investments in infrastructure and traffic safety resources, as well as how to tailor interventions to improve road safety in Chicago.

“Working with CDOT to achieve Vision Zero hits close to home for our entire team at Arity. This partnership gives us the chance to make transportation smarter, safer, and more useful for everyone in our backyard,” said Gary Hallgren, president of Arity. “Using the power of data and analytics will enable CDOT to prioritize traffic safety resources, investments in infrastructure and identify where critical road improvements are needed. Together we’re improving road safety in Chicago.”

CDOT also announced it is starting a project that will use machine learning, a form of artificial intelligence,  to analyze multi-modal crash data and develop crash prediction technology.  The project will use this technology to create probabilistic risk scores for every road in Chicago. The analysis will help identify the leading predictors of crashes and will help the City learn why crashes are happening, not just when and where.

In addition, CDOT, the Department of Innovation and Technology and the Chicago Police Department today are unveiling a new set of data on the City’s Open Data Portal that will enable the public to directly access traffic crash data within days after a crash (see below for data portal links). Data from the City’s new electronic crash reporting system will show where crashes occur, the severity of the crash, and what contributed to the crash. The crash data will create a new level of public transparency for crash data and will support research by the public, academics and advocacy organizations to help in the effort to understand how crashes can be avoided.

The data portal includes citywide crash data for Chicago starting in September 2017 (excluding interstate crashes). However, the portal also includes data for selected police districts as far  back as 2015.

While Chicago and the nation have seen a downward trend in traffic crashes over the last decade, the trend has leveled off in recent years and the latest data shows a troubling uptick in pedestrian fatalities.  More than 2,000 people are killed or seriously injured in traffic crashes in Chicago each year, with an average of five people seriously injured each day and one person killed every three days.

Under the Vision Zero approach, traffic crashes that cause deaths and injuries are not accidents, they are preventable occurrences.  The primary causes of traffic fatalities are five dangerous driving behaviors: speeding, failure to give the right of way, distracted driving, driving under the influence, and disobeying traffic signs and signals.

In year 1 of Vision Zero, Chicago has made progress in these key areas:

The Vision Zero Chicago Action plan used crash data to identify 43 High Crash Corridors and eight High Crash Areas. Of the High Crash Areas, seven of the eight are on the West and South Side of the City and one is downtown, where the higher crash rate is correlated with higher density and higher volumes of vehicles and pedestrians.  In addition, the data shows that people who live in areas of high economic hardship are three times as likely to die as a result of a traffic crash.

“Traffic crashes are not only a transportation concern, but a public health issue,” Commissioner of Public Health Julie Morita, M.D. said. “Vision Zero builds on our Healthy Chicago 2.0 plan to invest in our most affected neighborhoods. CDPH is committed to working with our City and community partners to ensure that our transportation systems guarantee the safety of motorists and pedestrians which will ultimately save lives. “

Chicago was named one of 10 Vision Zero Focus Cities in the U.S. in 2016 and asked to participate in a new national program designed to advance Vision Zero. The approach recognizes that the challenges and opportunities to improve safe mobility are similar across cities. By collaborating closely with other Focus Cities, Chicago is part of a national and international  effort to develop and share best practices aimed at eliminating traffic fatalities and severe injuries caused by traffic crashes.

What is Arity? Founded by The Allstate Corporation, Arity is a mobility insights and solutions company focused on making transportation smarter, safer, and more useful for everyone. Arity combines the power of telematics, big data, and analytics to improve personal transportation by serving the entire transportation ecosystem – businesses, cities, governments, and consumers.

The Arity Platform is built on more than 35 billion miles of historical driving and connected car data with more than a million active telematics connections. Arity transforms large amounts of data into actionable insights to help cities like Chicago better predict risk to help drivers be safer and smarter on their roads.