Equitable investment in communities most affected by severe traffic crashes is central to the Vision Zero Chicago Action Plan. To this end, the City will prioritize limited resources in areas of highest need. The Action Plan identified 43 High Crash Corridors covering 70 miles of major streets with disproportionately high rates of severe crashes—those resulting in serious injury or death—for people walking, people biking, or people in automobiles. The City aims to reduce severe crashes in High Crash Areas and on High Crash Corridors by 40% by 2020.

High Crash Corridors Framework Plan, released in June 2018, is the next step in improving safety on the High Crash Corridors identified in the Vision Zero Action Plan. It provides guidance for CDOT to implement effective and feasible safety improvement projects on each of the corridors moving forward.

To achieve meaningful change on each of the High Crash Corridors, CDOT will prioritize safety interventions through existing programs and funding sources available to the Department and encourage other agencies to invest in these areas of highest need. CDOT will also be vigilant for new opportunities that arise, such as new funding programs or projects initiated by partners, with the goal to complete safety improvements on all 43 High Crash Corridors. 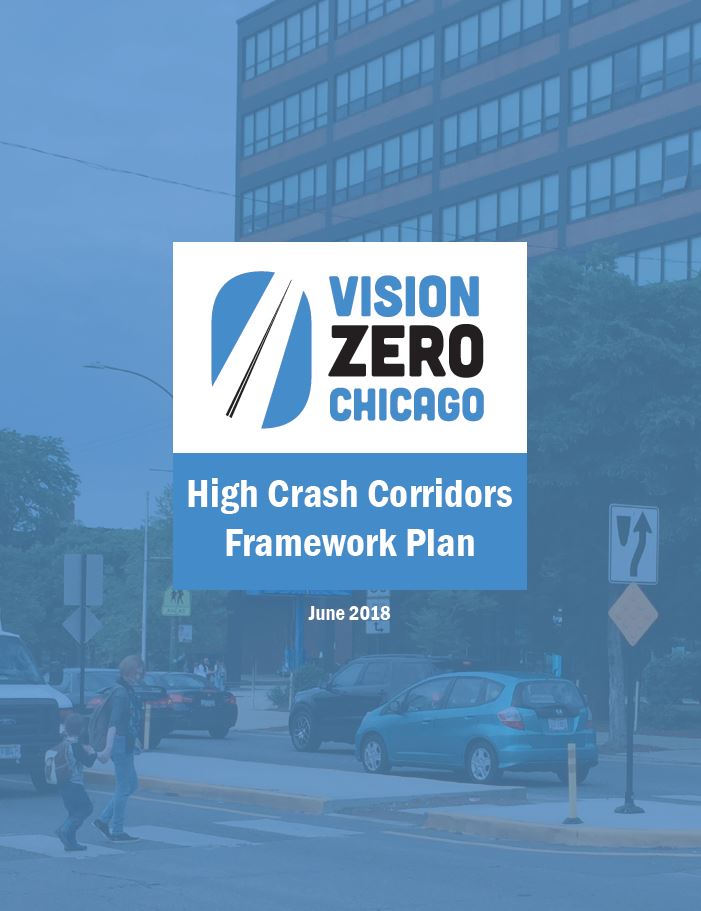